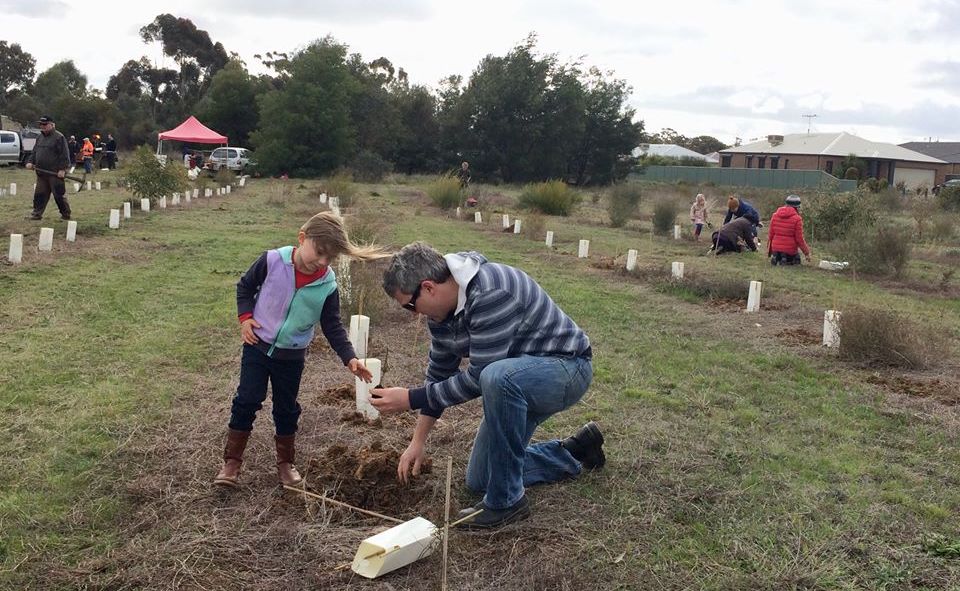 For this latest blog post, I will give some background to a recent council planning decision, and how it affected a community priority in the area. It will get a bit detailed, so be warned!

The council decision related to a child care centre that is planned for a vacant block of land at the intersection of Eaglehawk Rd and Marong Rd, in Ironbark. The block of land used to be home to a heritage-listed foundry. There were several issues with the application, such as heritage, tree removal and traffic, but the one I will focus on is a community priority for the area—the Ironbark Gully Trail.

This Trail is a concept that has been campaigned for by a community group for many years. The idea is supported by council and has about $500K allocated to it, and there is a concept plan, but for various reasons has not been able to be constructed.

Here is where the ‘weeds’ of council decision-making comes in. The council planners had recommended that councillors approve the childcare centre. The Ironbark Gully Friends agreed, but lobbied councillors to put a ‘permit condition’ on this approval, in an attempt to ensure that the childcare design included space for the Trail. The design appeared to include such space, but this proposed permit condition would put it in ‘black and white’, so to speak. Permit conditions are common when applications are approved, and usually include requirements related to drainage, environment, sustainable design, landscaping etc.

I proposed this extra permit condition to other councillors, and (as is the practice) we got advice from council planning staff. Unfortunately, they advised that if the applicant (the group planning the childcare centre) went to VCAT to dispute this permit condition, they would likely win as the land is theirs, and council cannot impose conditions on private land related to some other council priority. So, we could vote to put the permit condition on the permit, but it would likely be shot down at VCAT, wasting council time and money. It became clear that I would not have the support of enough councillors for this course of action.

Still, I wanted to find a way to make clear that the Ironbark Trail needs to be somehow taken into account at this location. The next best solution was for me to move a motion straight after the childcare application. I did this, Cr Jen Alden seconded it, and it was carried unanimously. This what it reads:

You can read this in the minutes of the meeting. Unfortunately, if you read the Bendigo Advertiser report of this matter, you would only see that we approved the childcare centre. Thankfully, the Bendigo Times included details of the extra motion:

Cr Fagg raised an additional motion to request the CEO to progress design of the preferred alignment of the Ironbark Gully Trail and give the City authority to commence land acquisition in relation to the trail.“This additional motion makes it absolutely clear that council is behind the Ironbark Gully Trail and its future development,” Cr Fagg said.“It will have the effect of completing the design for the entire 4.3-kilometre trail so it’s ready for delivery.”

The effect of this motion is that council will put together detailed designs for the entire trail, and start conversations with the land owners involved – hopefully they are open to selling small parts of their land, or agreeing for the land to be used for the wonderful Ironbark Gully Trail.

Today, I’m going to discuss the new consultation that has just hit the Let’s Talk Greater Bendigo platform: the draft management plan for the the Victoria Hill Diggings Reserve. I will give a brief background on the place and this process, and then discuss how you can be involved.

I would like your help in spreading this opportunity for consultation far and wide. It is crucial to get a high level of response to this consultation, so please pass this on to interested and expert groups and individuals. The consultation plan closes April 29th.

Victoria Hill is one of central Victoria’s most significant sites for gold mining, not only for historical reasons, but also in the area of science and technology. The site is listed on the Victoria Heritage Register, and the statement of significance asserts that:

The current draft includes a table of possible improvements, which the City is seeking feedback on, and you can also give your view on other improvements which the site needs.

There are a number of ways to contribute to this consultation:

This draft needs as many people to contribute as possible. There are two reasons for this:

Thanks for your help!

There were a number of items on the agenda for March, which you can read here. Those on which I had something to say were:

I’ve included my comments on the Graffiti Policy and the Petitions. If you’d like to watch a replay of the meeting you can do so here.

This item was to endorse (or not) the Graffiti Policy, which had been in draft form for a while as it as developed, and as the City sought consultation. I think we need such a policy, but I voted against it for a few reasons concerning the lack of consultation and the fact that our Public Art policies are not yet finalised. Here are a few of my comments:

It has the likely effect of simply chilling legitimate street art that is not “authorised”. Bendigo has much so-called “unauthorised” street art that has now crossed over into commercially and artistically successful art. Would that have happened with this policy in place? I don’t think so.

Lastly, I would be much more comfortable affirming this policy if I was convinced that the City was serious about encouraging public street art. This is proposed to happen through the Temporary Public Art Policy, and Permanent Public Art Policy. However, both of these Policies are under review. I would much prefer that we defer this policy until those policies are finalised.

Petitions on housing and heritage

The first petition was from the Bendigo Uniting Churches Social Justice Group, who want Council to advocate for what is called “inclusionary zoning”. Essentially, the idea is that social or affordable housing would have to be included by developers if they built in this zone, thereby increasing the amount of housing available for people with low incomes. I said:

In our Affordable Housing Action Plan, action 2.1.5 states that the Statutory Planning Unit of council will “Advocate to State Government to mandate inclusionary zoning in the Planning Scheme, to ensure that a proportion of housing in a development is set aside for affordable housing.” I look forward to a report from council officers that includes that progress that has been made on this action item.

The second petition was from the National Trust of Australia (Bendigo branch) calling for Council to incorporate new powers into our planning scheme which allow us to deter owners of buildings from allowing them to degrade through neglect, to the point where they can only be demolished. Unfortunately, exactly how to enforcing these powers is not particularly clear, so I am looking forward to the report.

It is notable that both of the petitions tonight relate to complex and intractable problems, and both relate to physical structures. I don’t say this as a pessimistic comment – it actually gives me hope that ordinary members of our community are engaged with some of the real problems of our time, namely “How do we preserve our built heritage in the face of untrammelled development?”, and “How do we ensure all people have a home?”

On this petition’s subject matter, that of the new demolition by neglect legislation, I acknowledge the complex nature of the implementation. We are not voting except to table this petition and receive a report, but can I say that the State Government needs to come to the party on this. They have prepared a piece of legislation in response to a real problem – so far so good. Yet, there is no guidance for local governments on how to implement it. 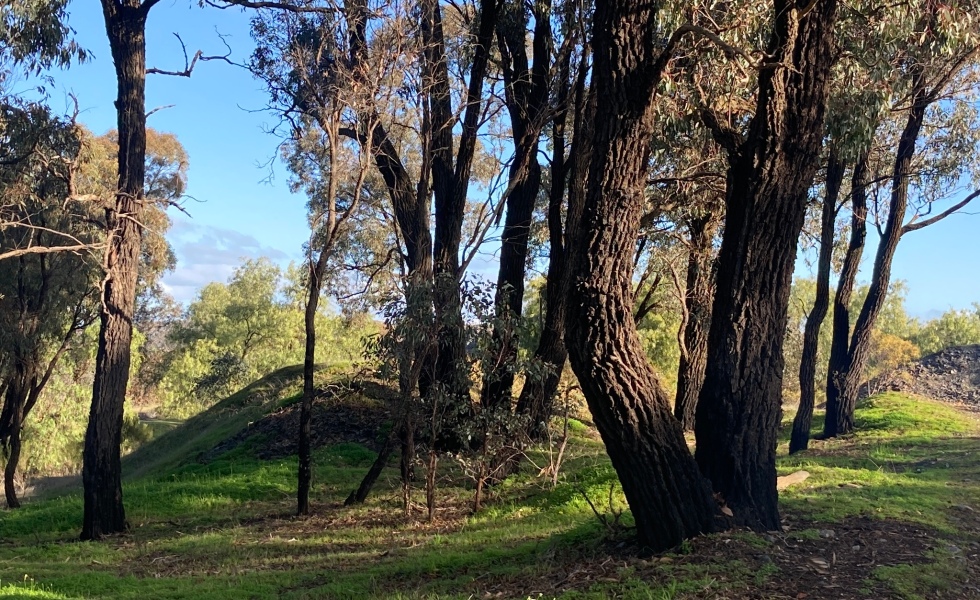 Wrap up of the August 2021 Council Meeting

Last week’s council was relatively packed: we had several polices and plans that we put out for comment, including the Council Plan and the Climate Action and Environment Strategy. You can read all these and put in your comments here. Apart from these policy items, we had six planning items. I like it when we have at least 5 planning items – our main task as councillors is shaping our future city, and the decisions we make on planning are a huge part of that task.

Two applications related to houses built on small pieces of farming land – I voted against both of these as I don’t want to see farming land split up over time. However, I recognise that we are seeing this type of application repeatedly – do we keep voting against them? Or do we need to have a more nuanced view, taking into account different forms of farming, and the fact that our population patterns are changing? I was also a minority on an application to start a dog-breeding and horse-husbandry facility: I was in favour but not too many others were!

Report to the community – August 2021

It has, sadly, been very difficult to meet in person with members of the community – a Teams or Zoom chat is just not the same as being with people “on the ground”. That said, I did manage to get a few things done:

I am also looking forward to some events that have had to be cancelled, like the Eaglehawk township meeting, and a walking tour of Elmore. If you’d like to keep up with updates from me, please sign up your email here.